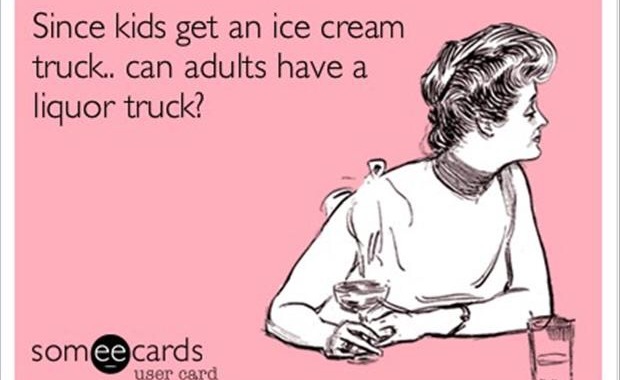 On the rare occasions I brave a trip with my brood to eat in public, I am conscious that we must be every restaurateurs worst nightmare. I usually spend at least 20 minutes towards the end of the meal using the napkins to pick up the food debris scattered over the floor, table and chairs, and sometimes over other diners.
On a mission to buy bathroom tiles, after the second shop, the brood went on strike. They cried, yelled, and the alarmed store staff ran around trying to secure various piles of loose tiles while I tried to catch all of the kids. Nonetheless, I was determined that we would go to the third and final tile shop on my list. I decided that bribery with fast food was the only way to achieve this. Having secured promises of good behaviour in return for a serving of chips, lemonade and various other junk food, we went to a fast food restaurant nearby.
Being thick skinned is an essential part of parenting twins plus two, but the middle of the day, when gin o clock is still some 5 hours away, can be a dark moment. So it was in this mood that I found myself endeavouring to order from a fast food chain I had not been in before. The great thing is that they offer multiple sides, drink choices and desserts in the little darlings kids meals. This is also the reason I will never eat there again. While I was trying to get out of the spotty teen what exactly the options were which I was meant to choose from, the kids were of course running riot around the restaurant. I was balancing one screaming twin on the counter as the other was clutching my leg and the older two were playing catch chase. It was not the disapproving looks from the other diners that did it for me. Those I accept as standard. What got me was that at the point at which the leg clinger sunk his teeth firmly into my leg, and I yelped nearly dropping the twin on the counter and the older two bumped into an elderly man carrying a coffee, the spotty teen began to laugh uncontrollably at my predicament. It took him some time to compose himself and finish taking my order.
Instead of pointing out just how rude he had been, I had a little chuckle to myself about just how long it was likely to take him to clean up after we left the restaurant.  He watched me scurry back and forth 3 times with 3 trays of food to the table, while the kids snatched at the food arguing about who’s was who’s. When asked whether I would like a stirrer with my coffee and milk sachets, I even managed to avoid answering ‘no, I am looking forward to stirring the milk into the scalding coffee with my nose’ and instead said politely ‘yes please’.

It only took until the ice cream sundaes for the sweet revenge I had anticipated to materialise. It came in the form of an excited call from the 3 year old asking me to look at the picture of a rabbit she had drawn. She had drawn a large shape on the window using her hands to apply the ice cream methodically. Instead of my usual reaction, which would have been to instantly seek mountains of napkins to clean it up, I whispered that it might be nice if the rabbit had some baby rabbits, grass, sun in the sky…