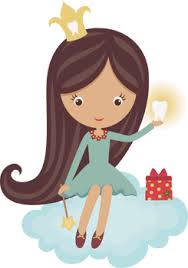 Hurrah for me, officially the shittiest tooth fairy ever. I have performed this particular parenting role so badly that I have actually had to re-write the universally accepted tooth fairy laws.

It’s simple, right? Tooth falls out, child puts it under their pillow, and when they are asleep, the tooth fairy aka Mummy, swaps it for a pound or two. Surely no-one could get something so simple wrong, I hear you cry! Well I did, not once, not twice, not even three times. Four times. On four separate occasions I have failed in the simple task of swapping a tooth for a two pound coin.

The first time, I couldn’t believe I had forgotten. When a sleepy headed 4 year old crept into my room to announce that his tooth was still there, I panicked. What could I say? Before I knew what was about to come out of my mouth, I heard myself explaining that he must have been lying with his head on the pillow directly above the tooth. Even the most magical tooth fairy’s magic would not be strong enough to get in there. I continued  by advising him that fairy protocol in these situations required the fairy to come back while the child was eating breakfast, and do the crucial swap then.

As he ate his breakfast, I stealthily crept upstairs and did the swap. He was delighted, and I was relieved. Well, I will never make that mistake again, I thought to myself. But I did, 3 more times in fact.

So it was, that at 6 am on Saturday morning, I was laughing with Patch, who now finds it hilarious that he has outslept the tooth fairy every time. He giggled at his own cleverness as I carefully picked ‘fairy dust’ out of his ears (obviously left by the fairy as it tried in vain to get to the tooth under Patch’s very sleepy head). Cue a frantic run upstairs during breakfast, and a tooth still in my dressing gown pocket.

In our house, it seems, the tooth fairy protocol has now been re-written for good. Any child whose tooth gets taken while they sleep will be deemed to have lost the tooth fairy game. I am only relieved that I managed to make up for my shitty parenting by being a bloody quick liar!